To be and active key player in developing Province of Davao de Oro into a less dependent on Internal Revenue Allotment by finding means and ways to increase its local sources and to manage the provincial funds efficiently.

A. Advice the Governor, the Sanggunian and other local government and national officials concerned regarding disposition of local government fund, and on such other matters relative to public finance;

B. Takes custody of and exercise proper management of the funds of the provincial government;

C. Takes charge of the disbursement of all provincial government;

D. Conduct inspection of private commercial and industrial establishments within the jurisdiction of the provincial government in relation to the implementation of tax ordinances pursuant to the provisions under book II of RA #7160;

E. Maintains and updates the tax information system of the provincial government;

F. Exercise technical supervision over all treasury offices of component municipalities; and

G. Exercise such other functions as may be provided by law or ordinance. 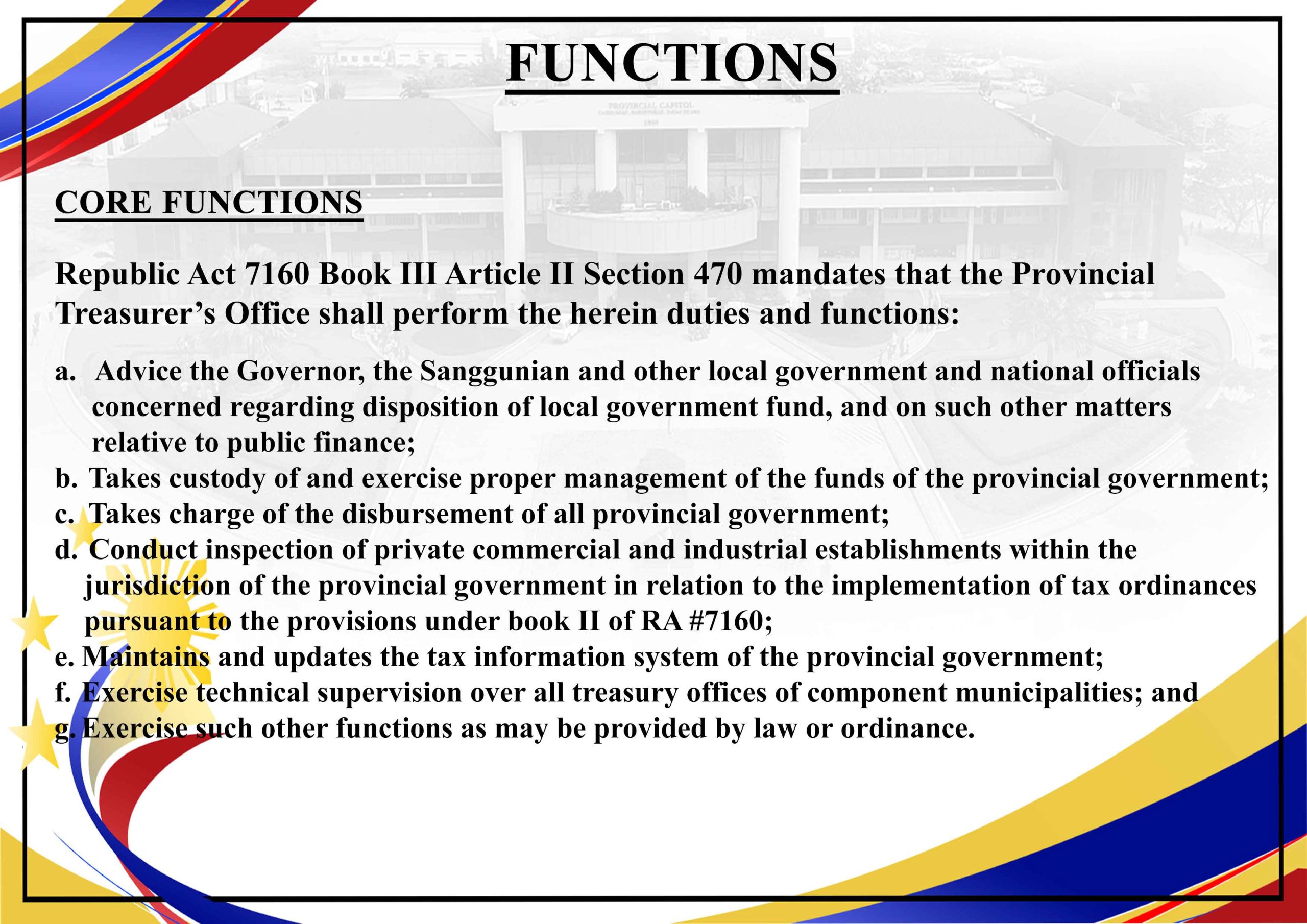 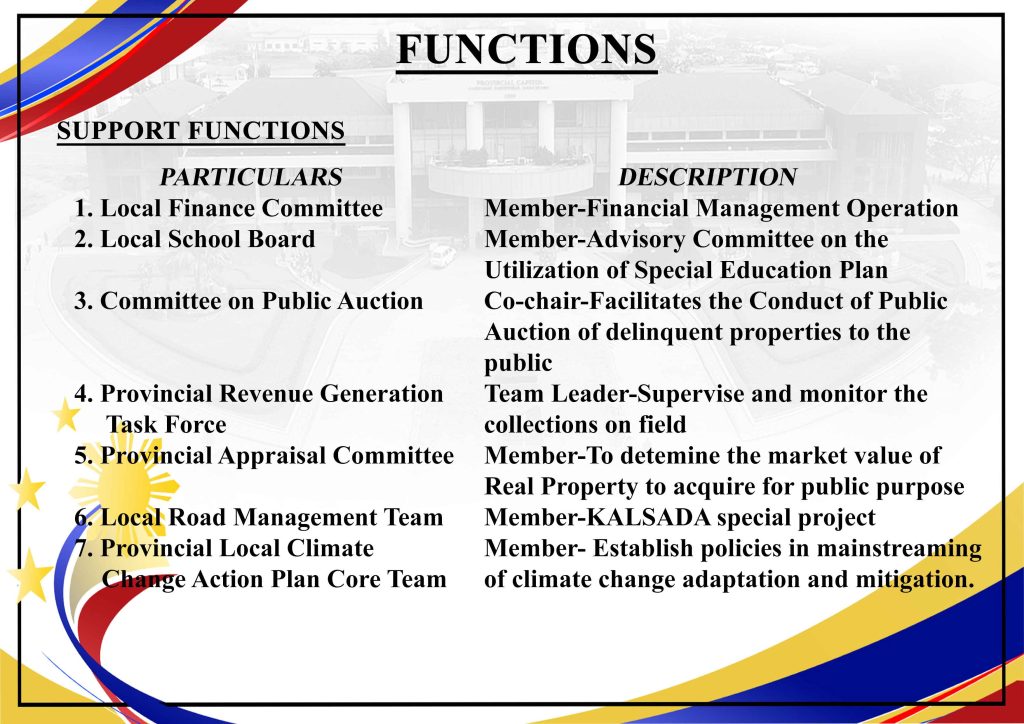 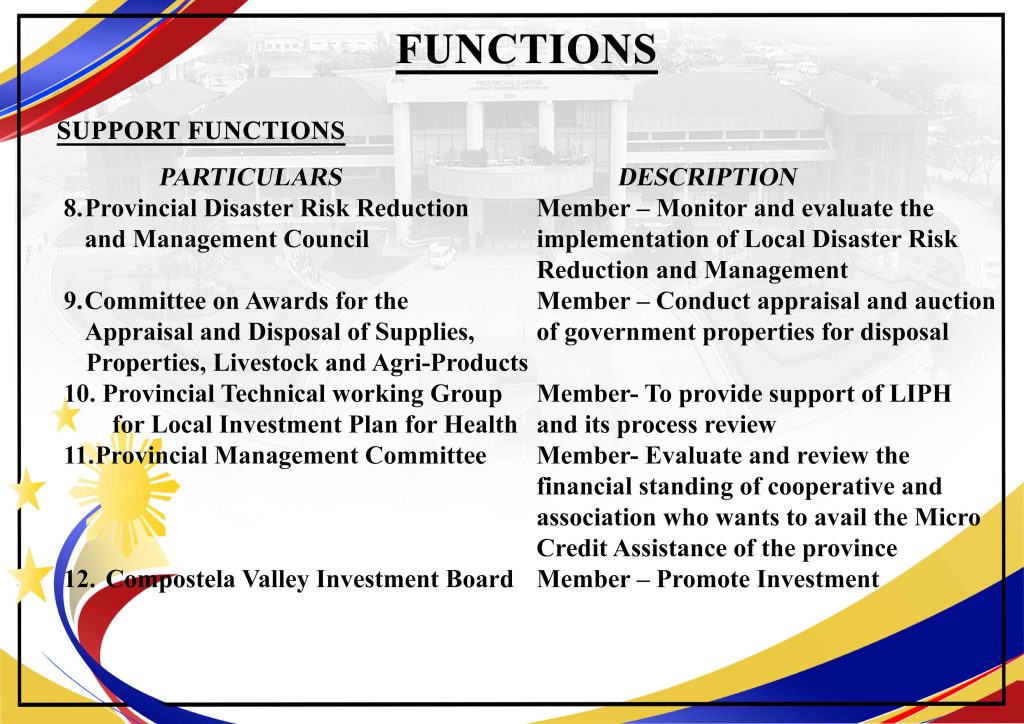 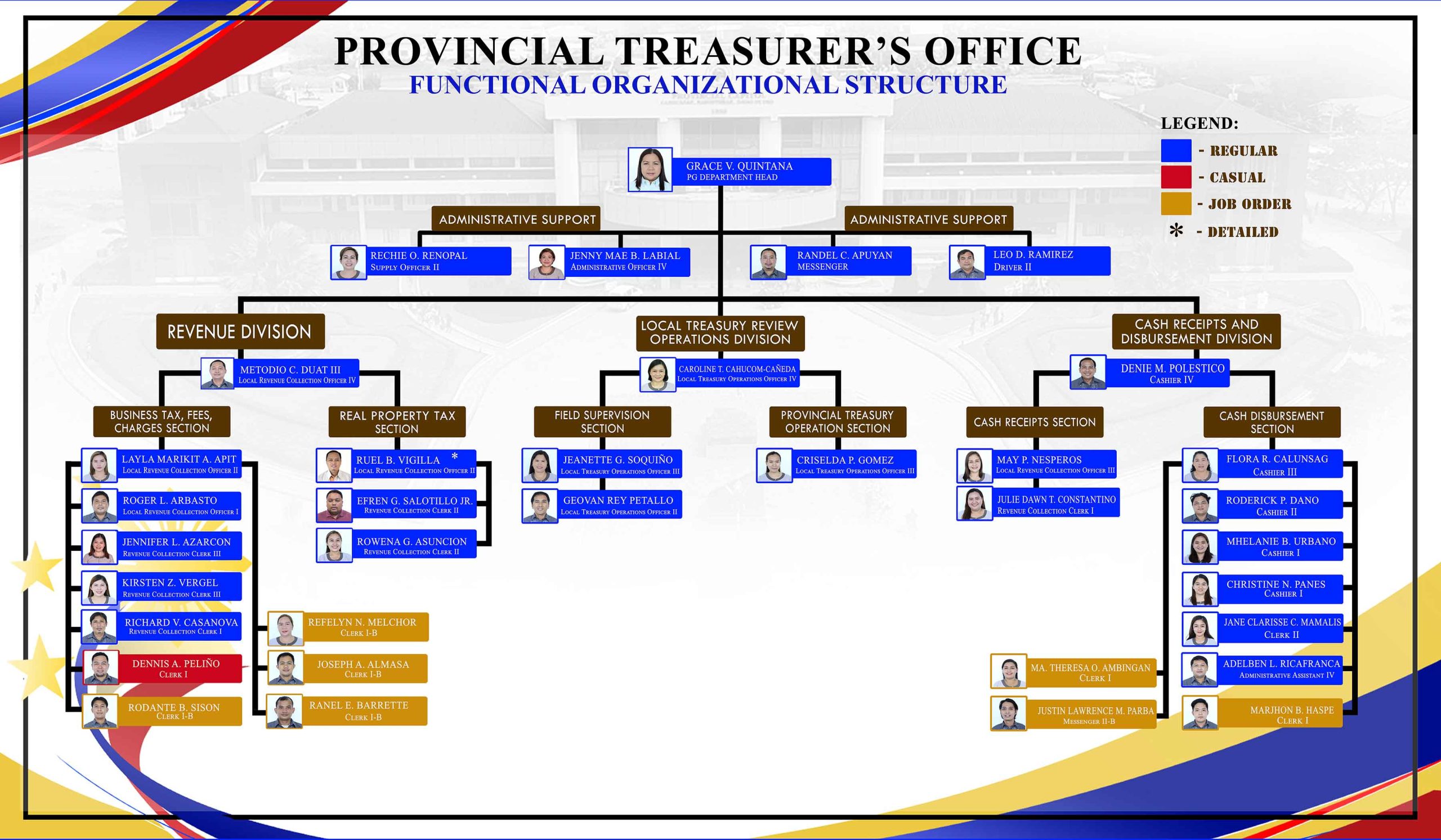 OFFICIAL MESSAGE OF THE DEPARTMENT HEAD

The Office of the Provincial Treasurer plays a challenging role in local governance. This office acts as custodian of all provincial government funds. Its core function revolves around the crucial attributes of resource generation, custody and proper disbursement and management of funds, maintaining and operating the tax information system, and providing local policymakers with vital information relating to public finance. These are on top of its involvement in every LGU activity, membership in various local special bodies and committees concerning LGU financial commitments, custodians and distributors of election paraphernalia, including the safekeeping of ballot boxes during election period. 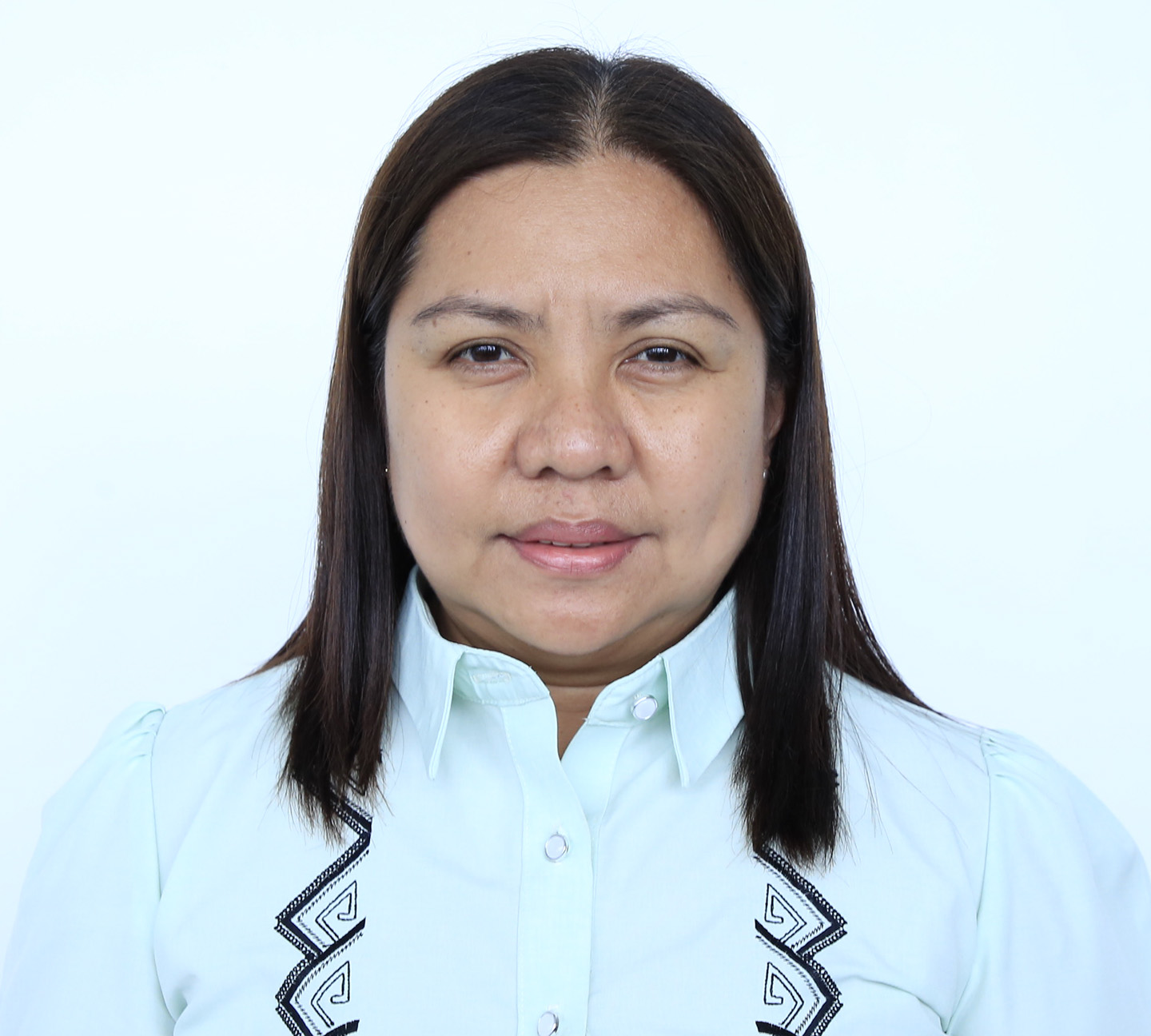